Here’s what Romantic Times had to say about it :)\

Even if you’re unfamiliar with the House of Pleasure series, this story serves as an excellent introduction… Pearce writes convincingly and expertly. Add an intricate plot, vivid characters, sizzling sex and a dastardly villain for a deliciously well-crafted page-turner.
4 1/2 Stars, Michelle Wiener, RT BOOKreviews

Here’s a bit of blurb:

Anthony Sokorvsky’s only rule in life is not to have any, especially when pleasures of the flesh are involved. But his dark sexual pursuits have led him down a treacherous path that may cost him his fortune if he doesn’t end his recklessness and wed. His salvation comes in the form of Marguerite Lockwood. Just one day in Marguerite’s presence leaves Anthony lusting after her and fantasizing about all the ways he can bring her to new heights of delirious scorching ecstasy.

I’m giving away Three signed copies this week here on my blog, just comment below for a chance to win 🙂 I’ll post the winner on Sunday October 4th here on Facebook and on Twitter 🙂 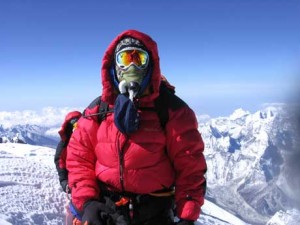 1. I have never climbed Mount Everest and I have no intention of ever doing so. I don’t like the cold.

2. I have never seen the following movies: Titanic, Dirty Dancing, or Spiderman.

3. I have never cooked a piece of beef, lamb or pork. I stopped eating red meat when I was about 18 and have never regretted it. If they want it, my hubby and kids have to get take out or cook it themselves.

4. I have never been to Scotland, despite living in England for more than 30 years of my life. I only went to Ireland for the first time this year.

5. I have never had a tattoo, but that might change.

6. I have never gone up in a hot air balloon-I would like to, but I have skydived.

7. I have never won a RITA from Romance Writers of America.

8. I have never dyed my hair blond-pink and black, yes, but never blond.

9. I have never ridden a camel or an elephant. I’d like to try both.

10. I have never been to an NFL game or a baseball, but I have seen MLS and watched cricket and football in the UK.

What have you never done?

All kinds of stuff

People often ask which writers really inspired me tp write, and it’s a great question. There are lots of writers I love and who have provided me with hours of enjoyment, but there are a special few who made me think about how I wanted to write and what I wanted to write about. Here is one of my all time favorites…

Rosemary Sutcliff. Most of you have probably never heard of her, because she wrote mainly children’s books and that’s when I first encountered her. Her books are historical and she inspired my enduring love for the ancient history of Britain, the Bronze Age, the Romano British, the medieval knight, all these things came alive in her writing. And she wasn’t a sentimentalist. Her books are quite gritty considering they are for children, but I think even then I responded to her honesty and tremendous sense of history.

Some of my favorites include, Warrior Scarlet, Simon, The Eagle of the Ninth, Knight’s Fee and my two absolute favorites that I still reread to this day are, The Mark of the Horse lord and The Lantern Bearer’s. And if you want a fabulous take on the real King Arthur legend read her adult novel, The Sword at Sunset It is breathtaking. 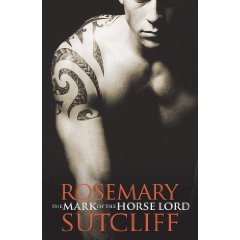 And if this cover reminds you of another very well known author’s cover, let me know in the comments 🙂

Yesterday I was asked by my new publisher NAL if I had any thoughts about the potential cover for the first in the Tudor Vampire series, “The Kiss of the Rose” Even though I’ve been busy researching accurate Tudor dress and immersing myself in Tudor portraits, there was only one place I could send them for inspiration-Show Times’s “The Tudors”. 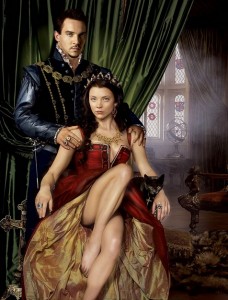 Well it inspires me 🙂 Now if they could just persuade the real Jonathan Rhys-Meyers to grace the cover with his presence, I’d be in heaven… 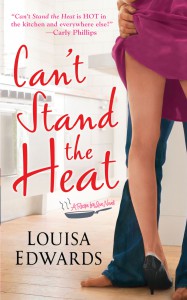 I loved this book, and not just because I got to read it before publication, but because it has so many ingredients that I enjoy. A hot-tempered sexy chef, a sneering food critic and a sub-plot so scorching and edgy that it blew my socks off. Here’s the blurby bit 🙂

For sharp-tongued food critic Miranda Wake, the chance to spend a month in Adam Temple’s kitchen to wrie an expose is a journalistic dream come true. Surely Miranda can find a way to cut the hotshot chef down to size once she learns what really goes on in his trendy Manhattan restaurant. the trouble is, she never expected Adam to find out her most embarrassing secret: she has no idea how to cook…
Adam’s not about to have his reputation burned by a critic who doesn’t even know the difference between poaching and paring. He’ll just have to give the tempting redhead a few private lessons of his own-teaching her what it means to cook with passion…and doing more with his hands than preparing sumptuous food. 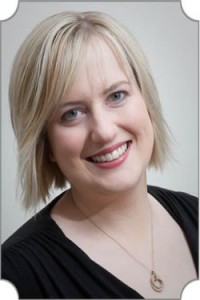 And even better, it’s the start of a series!! I love me a series. You can buy it at all the usual places including amazon Trust me, you won’t regret it!

I’m going to snag Louisa later in the year to come and talk food/hot chefs/ our mutual adoration of Gordon Ramsey and recipes on my blog, so think up some great questions for her!