SALOME AT SUNRISE by releases today from Carina Press!

It’s not nice to piss off Mother Nature…

Bryton Haruk sets out on a suicide mission to stop the bloodthirsty Skullmen from terrorizing the war-weary Land of Eldwyn. Consumed by guilt over the death of his wife, Bryton seeks revenge and reunion in the afterlife with his lost love. His purpose is determined, his bravery unmatched, until the queen casts a spell to save Bryton from himself.

Salome is that spell. A bird-shifter, she can harness the earth’s breeze and take the form of a beautiful, innocent woman. Her challenge is to harness Bryton’s pain and guide him to peace. She entrances and irritates him, tempting Bryton from his mission. Even as he gives in to the passion between them, Bryton insists on mounting a solo attack on the brigands’ compound, and Salome fears her love won’t be enough to save him…

Salome at Sunrise from Inez Kelley and Carina Press. 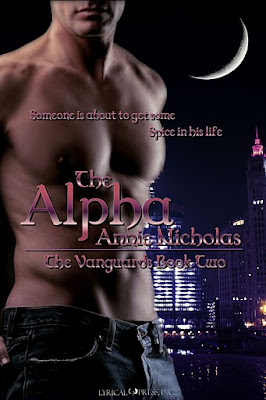 Someone is about to get some Spice in his life.

Spice has nothing but the clothes on her back when she returns to Chicago. She’s looking for a better life, and that means reuniting with her estranged twin sister, Sugar. She isn’t thrilled to find out Sugar’s boyfriend is a vampire. But then she meets Eric, once the bottle-cap-glasses wearing nerd next door – now grown into the kind of man she’d love to snuggle with on this cold winter night…and he’s offered her his room in Sugar’s house.

Eric can’t believe Spice has returned. He’d given up hope of ever seeing her again, let alone having her stare at him as if he’s sex on a stick. But now that all of his fantasies for them are coming true, reality rears her ugly head and Eric must tell Spice his intimate secret; he’s actually an Alpha werewolf looking for his mate and he thinks he’s found her.