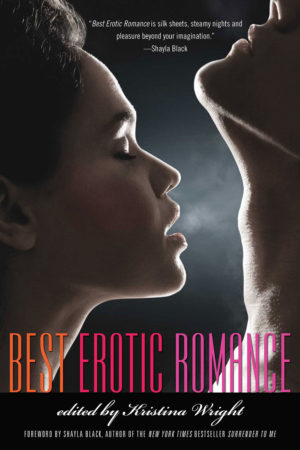 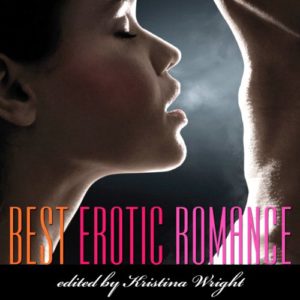 By the time Jodi flipped open her cell phone and checked the address, her cab had already driven off down the street leaving her the option of going into the bar or calling for another ride. She considered the cheap flashing neon sign. Half the letters were already burned out, and the logo now read ‘mingo’. From the fluorescent pink and the dark skeleton of a one legged bird that perched on the top of the sign, she could only assume the name was supposed to allude to a more tropical paradise than a Californian backwater gold town.

She shuddered as she contemplated the well-kicked in door. Paradise it wasn’t, but she’d already decided she was going through with it. Her date had been very specific about the place she was to meet him and she didn’t want to fuck this up. Time was too precious. Just the thought of seeing him was already making her heart race and her body tighten in the most intimate of places.

The door was pushed open and a blast of beer-laden air and the thump of a jukebox hit her in the face. Two guys walked past and gave her the once-over. One of them winked, but she was way too wound up to flirt and way too out of practice anyway. She clutched her black purse. Would he care about that? What exactly was he expecting her to do tonight? She should have learned never to make promises when she was drunk.

Doubt clouded her bravado and she almost turned back. Someone came up behind her and she found herself walking forward into the noisy crush of people enjoying their Saturday night. Immediately she looked around for him, but there were several guys wearing cowboy hats, and some of them even looked like the genuine article with scuffed boots, Wrangler jeans and faces lined from staring into the sun. The floor was made of wide planks and despite the sign, the décor was definitely more Western than Caribbean.

The jukebox started up and Jodi had to move to one side to avoid the crush of people who wanted to join the line dancing. She looked down at her open-toe sandals and brand new red pedicure and winced at the thought of a heavy boot stomping on her delicate toes. But he’d told her what he wanted her to wear and she’d followed his instructions to the letter. Silky red tank top, short denim skirt and thong underwear, also red and lacy, and currently damp with anticipation.

She skirted the line dancers and headed toward the bar that was situated against the back wall. The six bar stools covered in cracked black leatherette were all occupied except the one nearest her. Jodi hesitated for a second and the cowboy sitting closest swung around to stare at her. She almost swallowed her tongue as she recognized her date for the night. His sky-blue eyes were narrowed and focused on her; his smile was slow in coming and full of dark promise.

Jodi hopped up onto the stool, hiking her skirt up to accommodate the stiffness of the denim. His gaze settled on her exposed thighs and she suddenly found it difficult to breathe. Were they supposed to be strangers, then? Was this how he wanted to play it tonight? She gathered her courage.

He considered her for a long moment. “You’re buying?”

She shrugged and the thin strap of her top fell down her arm. “It’s the twenty-first century. We’re supposed to be equal now.”

“Then I’ll have a beer.” Of course, he caught the eye of the harried bartender straight away and the woman came right over. Jodi held up two fingers. “Two beers please.”

She went to open her purse and he put his hand over hers. The strength and warmth of it shocked her into stillness. “Don’t worry about it yet. I’ve already set up a tab. We can settle up later.”

“Actually, I was going to check my cell.”

His grip tightened. “Don’t you remember our deal? No cell phones and no texting. This is our time.”

“Okay,” Jodi whispered and waited for him to move away, but instead he picked up her hand and turned it over.

“I usually keep them short.” Jodi admitted. “But this seemed like a special occasion.”

He brought her hand to his mouth and kissed her knuckles. “I like a woman scratching my back and digging her claws in my ass.”