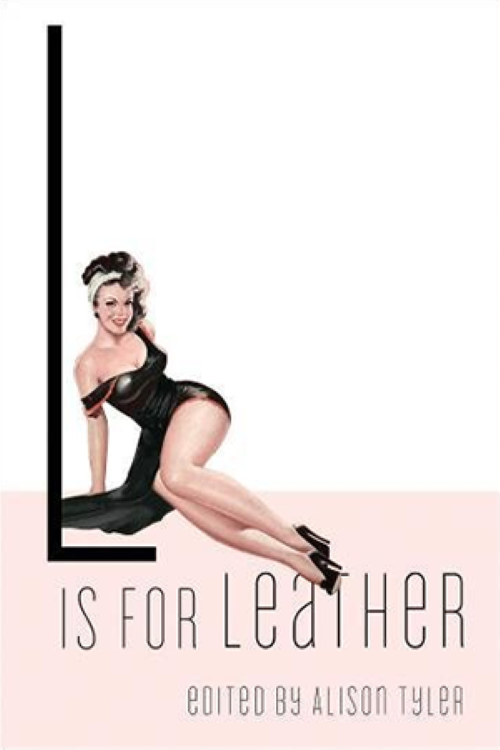 Black as a starless night and smooth as pure silk, nothing entices eroticism like the look and feel of leather.
These stories will fill your senses with all there is to enjoy in and out of leather.

In “Sunday Service”, author Kate Pearce takes a love of leather and punishment even further in this homage to a black belt.

Leather made a very particular sound when it connected with her skin. It reminded her of an open-handed slap or the rigid length of a wooden school ruler applied to her knuckles.

“Ten strokes to get you wet and five extra because of the flirting.”

She didn’t argue, lying, as she was, over his lap, her long blond hair pooling on the straw-covered barn floor, her naked breasts pressed against the fringe of his leather chaps. She’d known he was in the general store when she deliberately got close to Bobby Lee and let him look down her blouse. She’d felt her cowboy’s measured stare, known she would pay, and here she was, letting him tan her backside because she wanted him to.

After five strokes, he slid his fingers between her ass cheeks and explored her sex, squeezed her clit, tugged at her already open, swollen lips. When he stopped caressing her and added five more strokes with his folded belt, she bit off her lipstick rather than cry out. He fondled her again. Her breathing hitched as cream flooded her sex.

“Yeah, soaking wet and ready to be fucked. You’ll have to wait awhile. I’m not ready to give you what you want yet.”

His last five precise strikes left her gripping her hands together until her nails dug into her skin. Four gloved fingers penetrated her ass and she instinctively arched her spine. He placed his other hand flat on the small of her back until she stopped moving.

She remembered her first sight of him after the morning church service. She’d slipped on the ice and he’d caught her, pulled her hard against his body and held on until she looked up to meet the dark challenge in his eyes. She recognized her own hungers reflected in his dark gaze. Gossip said he’d taken a job as the Holloway’s new ranch manager. He hadn’t cared that she was the small town’s only war widow, and that most men put her on a pedestal and saw her as untouchable.

He removed his fingers, grasped her around the waist and brought her up to straddle him. She winced as her bottom connected with the rough fabric of his jeans and chaps. He kissed her mouth, one hand squeezing her breast, the other splayed over her heated flesh, deliberately pressing her sex against his erection.