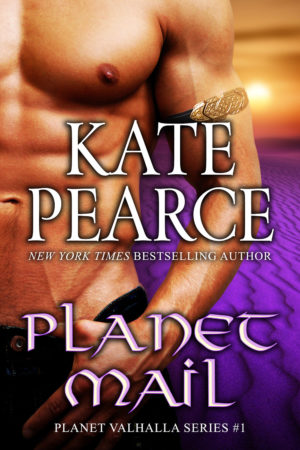 “By the end of the book…hold onto your seats, folks! What a great wrap up! I loved it. Not only did the characters pull me into the drama, the tension increased and picked up speed all the way ‘til the end. And can you say yummy men? Umm… ah, I mean I enjoyed watching each character grow. I highly recommend picking up a copy of your own and find out for yourself.”
—4 Kisses, Romance Divas

“Wow! This story is a veritable inferno of heavenly sexual delights. Your heart rate will soar off the charts. Your skin will tingle with desire, as four strong handsome men pleasure Douglass beyond belief. My emotions were all over the place when Douglass and Marcus believed their love was doomed. Women should definitely experience this thrill ride, so make sure to read this story.”
—5 Cups, Coffee Time Romance

“This is an extremely sensual story that keeps the relationship between the hero and heroine monogamous. Pearce’s well-thought-out tale examines the trials of living in a society that’s quite different from what the heroine is used to, and with a hero who’s open-minded enough to accept her differences while upholding his own traditions.”
—3 Stars, Romantic Times BOOKreviews

As far as job hazards go, Douglass Fraser didn’t think crash-landing on an alien planet and spending her recuperation being erotically pleasured by three gorgeous men was in the United Planetary Parcel Service’s courier handbook. There certainly wasn’t a section on what to do when a very sexy king wants you to have his baby and save his world.

Marcus Blood Axe isn’t only a descendant of ancient Viking space travelers, he’s also a ruler dealing with a shortage of fertile women and no heir. Surely the gods are on his side when Douglass drops out of the sky and into his bed, giving him a last chance to stop his people’s death spiral into extinction.

Despite the exquisite pleasures to be found in the king’s arms, Douglass wants more from Marcus than to be his broodmare. When another woman claims to be pregnant with Marcus’ child, it’s past time to get back home. Now the war Marcus wages is one of sensual passion designed to convince his Earth woman that she’s worth everything to him…even if it means giving up what he cherishes most.

Note: This book has been previously published by Ellora’s Cave.

“System overload. We are about to crash land on this planet. Please take evasive action.”

Jerked out of her stasis sleep, Douglass Fraser stumbled toward the pilot seat. This was supposed to be the easy part of her journey. She’d delivered her last scheduled package, used the last of her fuel and was meant to be on a free-trajectory return to Earth.

The soothing female tones of her ship’s emergency siren failed to dampen her fear as the ship hurtled toward a range of hills on the unknown planet below. Manually landing a damaged spacecraft was not something she did every day.

“Where the hell did that come from?” she yelled, not expecting a response but too overwrought to care that she was talking to a computer guidance system. “It shouldn’t even be there!” Although the big purple planet wasn’t on her charts, its gravitational attraction was affecting her trajectory and had pulled her out of the sling-shot effect that should have taken her home. She grabbed the controls and reset them to manual. Despite her best efforts to remain horizontal, the ship dipped sharply to the right. Because the ship had no fuel left to burn the main engines, she couldn’t pull away. She only had the ability to make slight course corrections to minimize the effects of landing. The wing grated on a sheer rock face and slowed her speed, sending the ship down at a less steep curve.

Douglass buckled herself into her seat harness and allowed the ship’s emergency systems to cocoon her in some kind of foam. It started to harden around her as the craft rapidly dropped altitude.

She shut her eyes as the ship’s auto-defense screens activated and shut off her view of the purple planet surface. Dammit, she was only twenty-eight, way too young to die. And she had people who depended on her. She pictured her five-year-old son Danny smiling up at her, his face covered in chocolate, his sticky fingers clasped in hers. She had to get home. As the ship hit the planet surface with a screech and grind of tearing metal, she made herself a promise. If she survived, she was going to take a year off from the United Planetary Parcel Service and spend it lying naked on a beach.