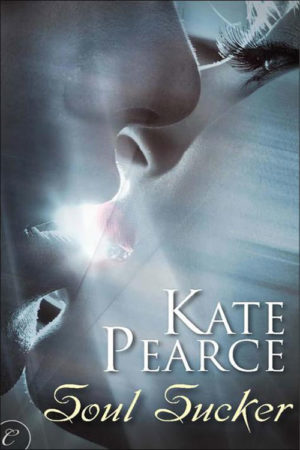 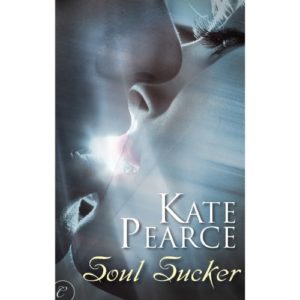 Supernatural Branch of Law Enforcement empath Ella Walsh sucks memories from people’s heads. The job fills her mind with others’ nightmares and leaves her with little time for love, but if she doesn’t pair off with a mate of the government’s choosing soon, the psychic blowback will destroy her powers and her sanity.

The last time shapeshifting SBLE superstar Vadim Morosov worked with an empath, he got her killed and himself assigned to a desk. He worries about taking on another partner, but helping Ella track down an empath killer might be his only chance to save his career.

Naturally, the government decides to throw them together…

They resist at first, but they can’t deny the simmering heat between them. As the killer’s strikes grow closer to home, their bond gets tighter. And when the murderer finally traps Ella, her developing link with Vadim might be the only thing that can save her.

Speaking of misbehaving… Ella’s gaze came to rest on the broad shoulders of an unknown black-haired man who was studying the vending machines with deep suspicion. He wore a nice dark suit, white shirt and tie, which meant he was either a regular government employee, or some religious groupie that had inadvertently slipped through security. Male was probably a more appropriate word than man, because Ella could already tell there was something not quite human about him. As Ella approached, he turned more fully toward her, and she got her first good look at him. She sighed. He was way out of her league. With his pretty face, height and distinctive cheekbones he could have graced the cover on any magazine. Her appreciative gaze dropped to his broad chest—imagining him, preferably without his shirt on. She’d just bet he worked out.

“What’s up?” Ella asked as he continued to study her.

He looked even more confused. “I beg your pardon?”

His Russian accent was as divine as his cheekbones, and she actually wanted to squeal a little. She gestured at the five-dollar bill in his hand and spoke very slowly. “Are you having trouble with the vending machine? Don’t they have those in your country?”

His sapphire-blue eyes narrowed. “Yes, they do, and you don’t need to worry about whether I can understand you. I spent four years at Harvard, so I speak American.”

“You do?” She flashed him her best smile. “Then I’ll leave you to it.”

His shoulders slumped. “Do I need change for the machine?”

Ella fished out a crumpled dollar bill from the pocket of her ripped jeans and put it in his hand. “Here you go. This one’s on me. Don’t ask me to recommend what’s good. They all taste like shit.”

He smiled and her hormones started singing the Hallelujah Chorus. “Thanks. That’s very nice of you.”

He spoke as though he was still feeling his way with the language. She had to wonder just how long it was since he’d last graced her country’s fair shores. “I don’t do nice. I’m just trying to keep you moving along so that I can get some hot chocolate.”

Ella waited while he punched some buttons, slid the dollar into the slot and bent to retrieve his plastic cup of hot watery goodness. His ass was nice too…

He straightened, then nodded to her. “Thanks again.”

“Your shields are very good,” Ella said. In fact, they were exceptional, but he didn’t need to know that. “What branch of the SBLE are you in?”

He leaned one hip against the countertop and looked down at her. “Are you always this inquisitive?”

“Yeah, I find it cuts out the need for small talk. I’m not good at that.”

“I noticed. I’m glad you approve of my shields. I’ve been working hard on improving them.”

“Why’s that?” She got her hot chocolate and blew on the scummy brown surface. “Did they fail you?”

The irritated look he gave her was quite impressive. “That’s none of your business.”

“True.” She smiled sweetly at him. “If you want to make them even better, I’d focus on the center. You’re still a little thin there. I can see your anger building up and that’s never a good idea.” She turned back toward her office. “Nice to meet you, and good luck with whatever it is you’re doing here.”