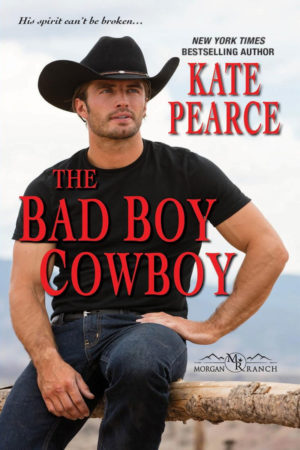 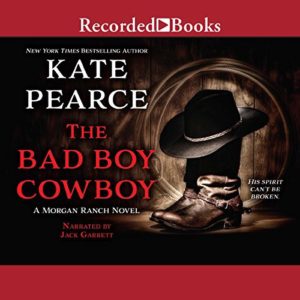 The Morgan men thought they left their troubled pasts in the dust. But one by one, they find themselves returning to the northern California ranch where the bad times began. Together, they have a chance to forge a new future based on brotherhood, hope, and love . . .

Professional rodeo cowboy “HW” Morgan has finally achieved his dream of competing in the national rodeo finals—but his career has come at a price. His twin brother wants nothing to do with him and a string of hookups haven’t warmed his bed. He’s got to get his head on straight—and the only place to do that is at home, if his family will have him.

Samantha Kelly isn’t sure what she’s doing at a new dude ranch. The army veteran is barely back on her feet again, still struggling to rehab an injury. But she’s willing to give equine therapy a try, even though her riding instructor is bold, brash, and distractingly easy on the eyes. As she and HW warily try to work each other out, slowly and surely an unbreakable trust is built—one on which dreams can be built . . .

“HW set his jaw. “Yeah, that’s correct. You put the bridle on the horse’s head, and take the halter off.”

His student fluttered her long eyelashes at him and pouted. “It’s terribly complicated isn’t it?”

“Not really.” He found a smile somewhere. They’d been at it for almost an hour, and he still hadn’t managed to get her on the back of the horse. “How about we move on, and tackle the saddle now?”

She bit her lip and twirled her dark hair. “But I like to get things right, and you’re kind of rushing me, and confusing me, and…”

He took another calming breath. “Okay, which bit don’t you understand?”

“You said bit!” She giggled. “Like you put in the horse’s mouth! You’re so funny! You should be on the stage. What do you do when you’re not teaching riding?”

She wrinkled her brow. “A what?”

“I compete in rodeos all around the country.”

“Like at the county fair?” She nodded. “My cousin did that once. Fell off a bull and busted his head, but he did win a few bucks.”

“Good for him. I’ve actually competed at the national finals.”

Her brow crinkled. “Is that good?”

“Some people might think so.” He fingered the reins in his hand. “Do you want to try putting on the bridle again?”

This time, with his help, she managed to get the bit in the poor, patient horse’s mouth and sort out which buckle went where.

HW wanted her to go…preferably as far away from him as possible. Where on earth had January found this chick? She was pretty, but obviously as dumb as a post. The only reason he kept on being pleasant was because he didn’t want Chase to think he couldn’t handle any job thrown at him.

“What did you say your name was again?” she asked.

She studied him carefully. “I’ve watched the rodeo on T.V. I remember a guy called Ry Morgan, are you sure you aren’t him?”

“He’s my twin brother. He works here as well.”

She clasped her hands to her bosom and gasped. “Oh my gosh, really? Can you get me his autograph? He was amazing!”

He picked up the horse blanket from the fence and contemplated dropping it over her head and dumping her somewhere. “You should tell him when you see him. He’ll be around at dinner time.”

He handed her the blanket. “Put this over the horse’s back.”

She did what he said, and somehow managed to get it right first time.

“Good job, now I’m going to put the saddle on for you because it’s extremely heavy and—”

“Is it hard for you having a super successful sibling? I mean like that he’s so much better than you, and well known, and kind of famous, and you’re not?”

“It’s totally fine.” HW heaved the saddle on with unnecessary vigor. “He loves it. Now this is the cinch, some people call it the girth. It goes under the horse, and buckles up on the other side so the saddle doesn’t fall off when you’re sitting on it. Do you want to try and buckle it up?”

Dammit, he was used to being mistaken for Ry at home, but on the rodeo circuit it was usually the other way around. He was the more famous twin. Didn’t she know anything? How could she know about Ry and not him? He simultaneously wanted to set her straight, but also didn’t want to be that guy.

He checked the buckles and slid a couple of fingers beneath the band. “That’s good. You don’t want it too tight or too loose.”

“That makes sense.” She nodded and then squeaked so loudly both he and the horse jumped.

“Eek! I broke my nail! Darn it!” Her lush lower lip wobbled like a toddlers.

“Next time I suggest you wear gloves,” HW said.

If there was a next time. Maybe he should speed things up and really tick her off so she’d demand someone else continued her lessons or decide not to continue at all. She seemed way too fragile to really want to go out on the ranch.

“Okay, Miss Sam, come and stand by me on the left side of the horse.”

He halted to look down at her. “Why what?”

“Why the left side?”

She blinked her big green eyes at him. “Then does it matter?”

“Well, there must be a reason for it.” She frowned. “I would’ve thought—seeing as you’re my teacher you’d know this kind of thing.”