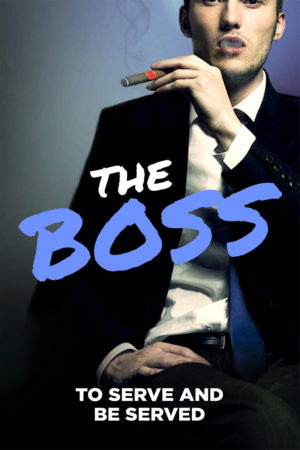 To Serve and be Served

Power and success are major aphrodisiacs. But who is responsible for initiating what happens under the desk, or even over it?

“So, this is where the big boss hangs out when he comes over here?” Josh hissed in Meredith’s ear. “It’s pretty awesome, if you ask me.”

Privately Meredith agreed with Josh, but she wasn’t going to gush. She’d leave that to her more exuberant friend.

Will, her other companion, studied the airy, open outdoor deck more carefully. “I love a house on the beach and this one is sick. Do you think he owns it, or rents it?”

“Mr Clevedon of Clevedon Technology is fabulously rich. I say he owns it,” Josh declared loudly.

“I wish.” A soft laugh drew Meredith’s attention away from the beach to where their host had come up behind them. A pleasurable shiver of anticipation crept over her. The man was fine and smart as hell. “I am looking for a house, but the owners won’t sell this one.”

Luckily, nothing ever fazed Josh who stuck out his hand. “Thanks for inviting us to the company barbecue, sir. We lowly minions sure appreciate it.”

Robert Clevedon smiled to reveal white teeth and a dimple. Meredith guessed he was about fifteen years older than her, but he was still very, very fine. “My secretary took care of all that, but I’m glad you came.” His interested gaze swept the three of them. “I hear you were friends before you came to work for my company.”

“That’s right,” Meredith said and made herself look him in the eye. “We’ve been buddies since high school, and roomies too.”

“Sure. There are some drawbacks, but also some great advantages.”

He reached for her hand. “Let me get you a drink and you can tell me all about it.”

Meredith let Robert lead her back into the house, aware of both Josh’s delight and Will’s mild concern. She accepted the margarita Robert made for her and waited while he topped up his own glass.

“Would you mind if I asked you a personal question, Meredith?”

She shrugged. “It depends.”

“Well, I’ve been here at the West Coast office for a couple of weeks now, and I have to say I noticed you right away.”

“Because of my stunning beauty?”

He laughed. “That, and the fact that you are very good at your job.”

Meredith felt her cheeks heat. “Thanks. Are you going to promote me?”

“Yes, but that’s a separate issue.”

She opened her eyes wide at him. “You mean you’re not offering me the opportunity to sleep my way to the top?”

His smile deepened. “You have the brains to do it all by yourself.” He hesitated. “And I assumed you had a boyfriend – if not two.”

He moved a fraction closer, and she was aware of how tall he was and how he blocked her view of the party. “I saw you in the parking lot kissing Josh.”

“And then I saw you with Will.”

“I like kissing Will too.” She met his gaze. “I told you there were benefits in sharing a flat with two guys.” She waited for him to make some excuse and run away.

“Interesting.” He brushed his thumb over her lower lip and then glanced over his shoulder. “Your guys are coming to rescue you. Don’t forget to have a look around the house. The view from the master suite is phenomenal.”

Meredith nodded, and he left her with another charming smile to join his other guests. Josh and Will immediately claimed her and drew her towards the stairs away from the thump of the music.

“What happened?’ Josh hissed. “Did he hit on you? Will thought he was going to. I wasn’t so sure.”

“I’m not sure either,” Meredith muttered.

“It’s hard to tell with those Brits, isn’t it? They are so … subtle sometimes.”

“He’s Scottish.” Meredith finished the rest of her margarita in one cold frosty gulp. “He said we could look around the house if we wanted to.”

Will took her hand. “I’d like to. It’s getting a bit crowded and loud in here.”

He started up the stairs, and Meredith and Josh followed him. To her surprise, the house had two more floors, opening up into a master suite that took up the whole of the top floor. Windows ran along the length of the back wall, giving a perfect view of the sun setting over the Pacific Ocean.

“Oh, it’s beautiful,” sighed Meredith. She placed her hands on the glass and stared out over the pebbled beach.

Josh came up behind her and wrapped his arms around her waist. She shivered when he buried his face in the crook of her neck. “You’re trembling. Did that guy turn you on?” He slowly inhaled. “She smells like sex, Will.” His hand slid down from her waist and under her skirt. “Are your panties wet for Mr Clevedon?” His finger slid under her lace thong. “Yeah, they are. Soaking wet.”

Will sank down to his knees and flipped up the front of her skirt. If anyone chose to take a stroll on the beach, they’d get an eyeful. Not that Meredith minded. Will licked the soft cotton of her panties, his tongue nudging and shaping her clit until she moaned.

“You want some of this, Meredith?” Josh bit down on her neck. “Some finger-fucking and licking right here in Mr Clevedon’s bedroom?”

Josh slid one hand under the halter neck of her dress. “Leave her panties on for now, Will, let’s make her beg.”

Will muttered something against her sex, his teeth teasing the lace edge of her panties while his tongue made the fabric even wetter, pushing it up inside her, making her want. Simultaneously, Josh pinched her nipple and Will thrust two fingers deep, making her gasp and arch against him. “Yeah, that’s it, honey. Take it.”

Behind them, the door opened. Meredith went still until she saw Robert Cleve- don reflected in the glass. He locked the door behind him and came towards them, one hand in his pocket, the other holding a glass of wine. The sun glinted off the dark-auburn highlights in his hair. He took a seat and looked at Meredith. “You don’t mind if I watch, do you?”

“Meredith?” Josh asked. Will waited on her response too.