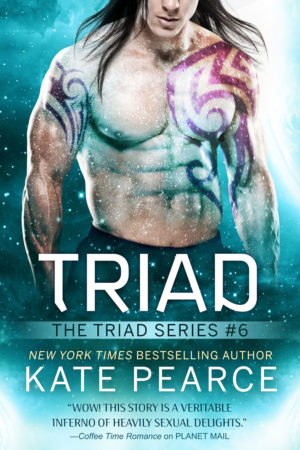 Captain Jay Roberts knows his mission to infiltrate the isolated province of Neveks is dangerous, but the future of Planet Pavlovan depends on his success. As a telepathic super-soldier, he doesn’t expect the banished Neveks female, Rain Datta—his passport into Neveks—to cause him too much trouble. But Rain’s not playing by his rules, and Jay is in for one hell of a life-changing ride.

She briefly closed her eyes before pasting on a smile. It was inevitable that she’d be forced to meet the one man she had hoped never to see again in her lifetime.

The flash of surprise on his face at her unconventional greeting made her want to cheer. She was no longer a gently born eighteen-year-old who thought herself in love. She had nothing to lose and a whole lot of things to get off her chest before someone killed her.

He bowed. “Unfortunately not, although, in truth, it is your survival which is the bigger surprise.” He straightened up and looked her over. His eyes were light brown—almost yellow—and they were full of appreciation.

Rain refused to be the first to look away. “Fortunately for me, the Queen Goddess only banished me rather than sacrificing me on that altar in there. That’s the only reason I survived and was able to become a soldier.”

A flash of distaste crossed his face. “You joined the Pavlovan military?”

She raised her chin. “An honorable occupation by most people’s standards. Not everyone chooses to hide within their own walls on this planet, Asar.”

“I had nothing. No money, no family, and nowhere to live. The military were the only people who would take me in. Would you have preferred it if I’d died on the streets?”

He frowned. “I hate to doubt your words, but no one from Neveks is banished like that.”

“How the hell would you know?” she said sweetly. “I was the first person banished in a generation. As I recall, you had a convenient hunting trip that week so you didn’t have to see me leave. Now, will you excuse me? I have to get back to my mother.”

When she tried to edge past him, he grabbed hold of her elbow. “Your mother is in excellent hands. Let’s finish this conversation, shall we?”

She pulled out of his hold. “This conversation was finished the day I left, and you did nothing to stop it.”

He looked as furious now as she felt, which was a small victory. If she was going to die anyway, she might as well go down having settled all her old scores.

“A banishment is a sacred act that no one can interfere with.” He folded his arms over his massive chest. “Choosing to leave because you defied the Queen Goddess is another matter completely.”

“Wow. You sanctimonious pig.” Rain shoved him in the chest.

“What did you just call me?” Asar asked. “You attempted to overthrow the Queen.”

“Is that what she told you?” Rain regarded him for a long moment and laughed. “Great, whatever. Believe her, because the fact that you chose to says everything about you and what a sham our relationship was.”